Since 2013, Tom BetGeorge has been one-upping himself, turning his house and lawn into an unbelievable stage for his perfectly synced light shows. This year he designed and programmed a light show to the song ‘This is Halloween’ from the film Nightmare Before Christmas.

From the singing pumpkins to the giant piano and guitar, this is a light show the whole neighbourhood can appreciate!

Another day, another truck driver making a seemingly impossible turn look easy. This one’s from France and the secret is rear tires that can rotate independently.

In case you missed it, check out our previous vid of a 200 Ft Long Truck Making a Perfect Right-Hand Turn!

With the actual date for Halloween falling on a Tuesday, most of the parties and shenanigans took place this past weekend. Below you will find our top 10 best Halloween costumes for 2017 to date.

If you’ve seen Halloween costumes that you think should be added to the list let us know in the comments! Happy Halloween everyone!

6. Daaaaaaaaamn! (from the movie Friday)

4. “Turned my wheelchair into the Iron Throne”

2. One night stand anyone?

We knew that Razer was working on a high-end gaming smartphone, but a leak from one of its partners shows just how powerful it might be. According to a (since deleted) page from a UK mobile plan reseller called 3G, the Razer Phone will have a 5.7-inc…

Visit the original post to see all 4 images from this gallery.

For season two of their adidas Soccer collaboration, KITH looks to its three soccer clubs, with this particular capsule revolving around the Miami Flamingos. Accounting for the retailer’s second team, the Flamingos have already won a semi-pro championship, all while landing a SportsCenter Top 10 highlight along the way.

“The Flamingos color palette pulls inspiration directly from our second home of Miami. We used a rich navy to resemble the water, a soft tan color for the sand, and pink for the bright pastels Miami is known for,” explains KITH founder Ronnie Fieg. “For Season 2, we felt that the evolution to a sponsored jersey would really distinguish this collection. We also felt that with our teams, Miami specifically, having won a league championship between Season 1 and 2 that they deserved to wear something more authentic.”

“Working with our partners to become sponsors on the jersey filled that void. Chase has been our banker since KITH was a start-up, so they’ve helped the brand and I grow a lot over the past six years. That’s why I chose to work with them. Their iconic logo lends itself well to the Flamingos color palette, which made Miami the perfect fit.”

The Nemeziz 17.1 TR in turn welcomes a more color-blocked look, featuring a majority pink upper accented with a navy engineered mesh toe and grey detail on the heel wrap. KITH branding is highlighted in white on the Torsion Tape panels.

In celebration of the release, KITH is hosting a special launch event at their Miami flagship one day early. Both jerseys will be available in-store only at KITH Miami exclusively for Chase cardholders. All proceeds will be donated to support Hurricane Irma relief.

You can then look forward to a wider release, including the jerseys and sneakers, taking place this Friday at KITH shops, the KITH Fred Segal pop-up at 8500 Sunset Blvd, and KITH.com at 11 a.m. EST.

For more, be sure to check out KITH’s latest Bergdorf Goodman collaboration. 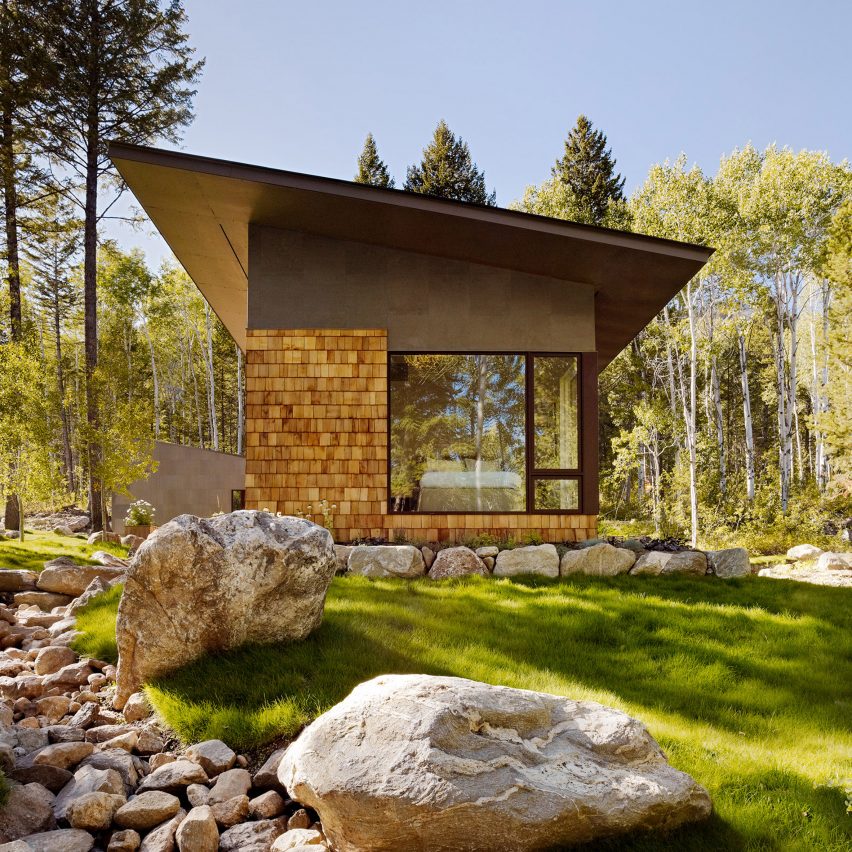 This residence and nearby guest house for a principal of Carney Logan Burke Architects are meant to sensitively respond to their setting: a forested site that looks toward a verdant valley and towering peaks. Read more

So you’ve already figured out your #relevant Halloween costume thanks to our handy guide and additional inspo from this year’s best celebrity costumes… but what about a scary movie (or 5) to get the spooks flowing? Look no further than Russel from your favorite cartoon band, Gorillaz, who has graciously told us his top 5 scariest horror movie moments just in time for Halloween.

From classics like The Shining, to newer horror film mainstays like It Follows, Gorillaz percussionist Russel talks us through some of the creepiest horror movie scenes. Grab your candy corn and someone you can scream with and dig into his picks below.

“It isn’t all too bad until behind her (Jay), this creepy, tall man without eyes suddenly appears from the dark, stooping below the doorframe. The way he so calmly walks towards Jay and his eerily proportioned body is really unsettling. That’s the way it goes, as soon as you relax for one minute, BOOM, the demons get in – trust me. Don’t sleep with your mouth open.”

“The best bit in the IT remake is this scene where the trippy painting of that flute lady comes to life – Kinda reminds me of De La Soul at the end of the “Feel Good Inc.” video, or “Living in the Past” by Jethro Tull.”

“Ah, that brilliant bit where Danny cycles his big wheel around the Overlook hotel and sees the twin girls have been chopped into pieces. Really, the whole film is crammed with the impending threat of violence, a bit like working with Murdoc actually…”

“The opening ‘zombie apartment’ scene really gets it right, when the SWAT team raid a housing block in the projects and come across their first zombie in one of the apartments. They kick the door in and find the apartment covered in blood stains. There are body parts on the floor and a zombie with no legs drags himself across the floor towards them. One swat guy says to the other “shoot him man!, Shoot him in the head!!” Noodle loves this bit! She always joins in yelling at the screen, saying how she could have done it so much better.”

“The scene where the guy has the heart attack and the doctor tries to use the defibrillator on him really hits the nail on the head, gore wise. His chest caves in and his rib cage turns into teeth which bite the doctors arms off, then as if that wasn’t enough, the patients head falls off and turns into a spider – so gnarly! The definition of a bad day at the office.”

Gorillaz are also set to embark on a not-so-scary but definitely amazing European tour starting the day after Halloween. Peep the dates below.

iPhone X orders haven’t even shipped yet, but reviews and videos for Apple’s latest release are already rolling in.

Highsnobiety got a first-look at the iPhone X yesterday where we put its slow-mo and other features to the test, and now other publications and bloggers lucky enough to get their hands on the coveted phone are sharing their unboxing videos and first thoughts about the new device.

Browse through the videos below to see how things like the hyped Face ID feature, Animojis and the edge-to-edge OLED screen fare in real life.

Did you cop an iPhone X? Let us know your thoughts on the new release in the comment section below.

If you’re still convinced to buy one, read our thorough guide on how to do it.

In other iPhone news, Apple co-founder Steve Wozniak says he’s not getting an iPhone X, and that the iPhone 8 is the same as iPhone 7.

Visit the original post to see all 5 images from this gallery.

New to the digital pages of Highsnobiety is Mazmania, a Pennsylvania brand making its garments in the USA. With fleece set to be big this winter, we stumbled across them when we spotted one of our very own colleagues sporting the Wolf Jacket from the brand’s FW17 collection.

While most pieces seem to be designed with a female customer in mind, the brand’s Bear Ridge High Definition Graphics collection includes some unisex bangers you’d normally only find in an obscure Japanese brand’s archives.

Best of all, each jacket is modestly priced at $59.99 – the catch is they’re not so easy to find online. Mazmania’s own webpage reflects its humble roots, while online orders have to be placed through authorized resellers like MazmaniaOuterwear.com or FleeceCorner.com.